Research Themes in Algorithmics and Combinatorics 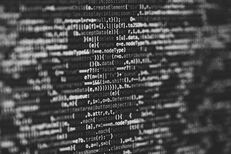 ​In addition to developing new algorithms for analysing strings it is interesting to ask how common are strings with certain properties, or whether they exist at all. Golnaz Badkobeh has studied repetitions of finite-sized strings within infinitely-long strings. Studying how constrained these infinite strings can lead to better algorithm design for data compression.
Computational Complexity 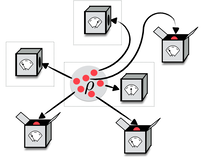 The notion that quantum information processing is superior to its classical counterpart should be premised upon the fact that non-classical resources are being used in an essential to perform some certain tasks. Entanglement is an important resource for quantum information. Lane Hughston is using tools from algebraic geometry to characterize various aspects of quantum entanglement. Entanglement is also being used in MQBC. Matty Hoban has shown that the phenomenon of quantum non-locality is also being used in this model of quantum computation. He has additionally worked on using non-locality as a resource in random number generation and cryptography. Another non-classical resource is that of Einstein-Podolsky-Rosen (EPR) steering, which is distinct from entanglement and non-locality. Matty Hoban, Lane Hughston and Antony Milne (former Research Associate at Goldsmiths) have worked on characterizing the EPR steering of quantum systems and using this resource for information processing tasks. Inspired by the work of Lane Hughston (and collaborators Richard Jozsa and William Wootters), Matty is also investigating how quantum EPR Steering can be characterized in more general terms.
Quantum Tomography

So-called SIC-POVMs (symmetric informationally complete positive operator-valued measures) have a attracted a great deal of interest over the last twenty years, with a view to applications in quantum tomography.  The idea is that of a kind of quantum machine that can read off the state of a quantum system by making independent measurements on a large number of identical copies of the system with the unknown state. SIC-POVMS are of great interest as well as mathematical objects, and the question of the general existence of SIC-POVMs for Hilbert spaces of all finite dimensions is as elusive today as it was in G. Zauner's 1999 PhD thesis where the question was first posed. In work with S. Salamon (Department of Mathematics, King's College London), Lane Hughston has made some headway in understanding geometrical aspects of the existence of SIC-POVMs in dimension three, where it turns out that the nine points of the SIC-POVM in the complex projective plane correspond, in special cases, to the inflection points of a non-singular cubic curve, leading to a so-called Hesse configuration of nine points and twelve lines, with three points on each line and four lines through each point. The existence of SIC-POVMs in dimension three had been known for some years; the present work, which makes extensive use of computational methods, establishes that the known solutions are all of the solutions in that dimension.
Quantum Statistical Mechanics

It is often thought that the job of science is somehow to explain the properties of complicated systems in terms of the properties of their elementary constituents. Such "reductionist" thinking is in many contexts highly illuminating, but it would be a mistake to assume that in general one can read off the aggregate properties of a substance from the knowledge of its constituents. It seems that, in general, the opposite holds — namely, that new phenomena tend to emerge in the aggregate that are not evident in (or easily deduced from) characteristics of the isolated constituents. This general "anti-reductionist" principle is sometimes referred to as "More Is Different", following a well-known 1972 article by Philip Anderson by that title. From a mathematical point of view, the theory of so-called large deviations has much to offer as a tool for understanding in a precise way how certain phenomena emerge in large systems. Lane Hughston in collaboration with D. C. Brody (University of Surrey) has been investigating how thermodynamic properties of matter emerge for large systems of quantum constituents. The approach taken makes use of Cramér's theorem in the theory of large deviations and Lévy's theory of concentration of measure in the setting of geometric quantum mechanics.
Foundations of Quantum Theory 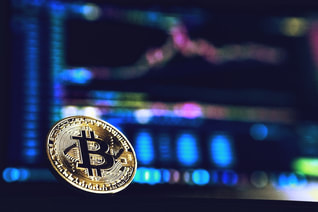 For many decades, the investment banks were the major centres of financial innovation; and certainly the trading and marketing of derivatives and other structured financial products has had a transformative affect on all aspects of investment practice. Over the last decade the role and influence of the banks has waned somewhat, in part perhaps as an after effect of the 2008 financial crisis and the tighter regulatory regime within which these institutions currently operate. But this is not to say that financial innovation has ground to a halt — rather, the innovations are now arising elsewhere. Undoubtedly the most important new development in finance over the last decade has been the advent of so-called digital currencies or "cryptocurrencies". While many aspects of the principles of modern finance very likely still apply in our attempts to model cryptocurrency trading and investment, the general picture is far from clear from a mathematical perspective, and it is a matter of urgency from a number of different points of view that as a society we should better understand both the many benefits as well as the inevitable risks of blockchain finance in all its manifestations. Some steps in this direction have been taken by Lane Hughston, along with collaborators D. C. Brody (University of Surrey) and B. K. Meister (University of Swansea), in the formulation of a theory of cryptocurrency interest rates.
​Social Discounting

People of all ages can ask whether the contributions that they are making towards retirement income will be sufficient to enable them to live at an adequate standard when the time comes to take their pension. Fundamental changes in the terms and conditions of pension schemes over the last decade such as those of USS have had — to say the least — an unsettling effect in this regard, and one is left to wonder how well the principles of long-term investment are really understood. The problem in part is to do with the way in which cash flows due to take place in the distant future are discounted back to the present for the purpose of valuations and risk analysis. A related problem arises in connection with the valuation of long-term projects being carried out for the benefit of society as a whole. If the projected "benefit" from a long-range project (for example, to limit emissions with a view to slowing down climate change) is discounted too heavily in the calculation of its value to us today, then one might be led (or even misled) to conclude that the project is not worth funding. It has been recognized for some time now in the United Kingdom that the benefits of long-term social projects should be discounted only lightly in the cost/benefit analysis of proposals for government funding. The effect of such "social discounting", as it is called, is to treat the future beneficiaries of the social projects as being in some sense just as important as those living in the present. While the practice of social discounting is now widely accepted by progressive thinkers, it is reasonable to insist that such a methodology should be founded on rigorous scientific principles. In particular, one can ask whether the theory of social discounting is consistent with the modern principles of arbitrage-free interest rate theory. Lane Hughston, along with D. C. Brody (University of Surrey) has been able to give a positive answer to this question, along with examples of explicit dynamic models for social discounting. The conclusions of this work are wide-ranging, both for pension planning as well as the state funding of long-range social projects such as those related to climate change, healthcare, and interplanetary space exploration.
Interest Rates and Foreign Exchange

Despite the advances in our understanding of finance and economics over recent decades, and the significant developments that have been made in the mathematical modelling of asset price dynamics, there still exists even now no one generally-accepted model for interest rates and foreign exchange. Rather, a great variety of models are used in practice by financial institutions, all to varying degrees inadequate, with different models being used for different purposes. Furthermore, in recent years there has been an increasing interest in the use of high-frequency trading techniques, especially for foreign exchange, thus raising the stakes for traders, risk managers, and regulators alike. One of the areas that has attracted attention in our attempts to remedy the situation and to understand better the dynamics of asset pricing in general is that of modelling jumps in asset price processes. These models involve so-called Lévy processes and their generalizations. Working in such a Lévy-Ito framework, Lane Hughston and George Bouzianis, together with collaborators, have been developing new methods for modelling jumps in interest rates and foreign exchange rates, and for calibrating the resulting models.